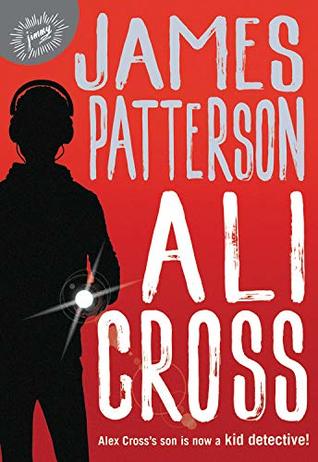 Ali Cross wants to be just like his father, Alex Cross – a great detective.  So when Ali’s friend Gabe goes missing, Ali immediately takes it upon himself to help crack the case.

It’s not that the police don’t seem to care, but at the same time they aren’t working fast enough for Ali’s liking.  Ali gets his friends involved to help, even if it’s just by passing out flyers on the street and asking people in the surrounding neighborhoods if they’ve seen Gabe.  Nothing, not even a suspension from school, will stop Ali from trying to find his friend.  Meanwhile, at the same time, the Cross family is nervous about the upcoming trial for Alex Cross with the charges against him for “pushing” someone down the stairs while he was questioning the man.

The mystery around Gabe’s disappearance is one that is kind of hard to figure out.  Did he run or was he kidnapped?  Clues that Ali finds in his own investigation lead him to think that maybe Gabe left on his own or was forced to.  After all, Gabe’s dad seems a little suspicious and maybe his appearance caused Gabe to run away due to abuse or something of the sort.

The story keeps you on your feet the entire time, not necessarily in the thriller sense, but in wanting to figure out what exactly happened to Gabe.  What I really enjoyed is that you can see Ali’s emotions about everything that is going on, both with his missing friend and his dad’s upcoming trial… he’s taking on a lot emotionally for a middle school kid.  He even gets so frustrated that he gets into a minor fight with another student at school (and to be fair, Ali was provoked).  But really, when you’ve got this kind of stuff on your plate, who can blame you for blowing up a little?

This was a quick and interesting mystery novel by Patterson for the middle great/early young adult audience.  Though I have never read any other book by James Patterson, I liked what he did here to create a spin-off of one of his most well-known mystery/crime series and gear it towards the younger audience.  I can see the young fans of this book (possibly series?) wanting to read the Alex Cross books later on in their lives.  I know I want to give them a shot now.