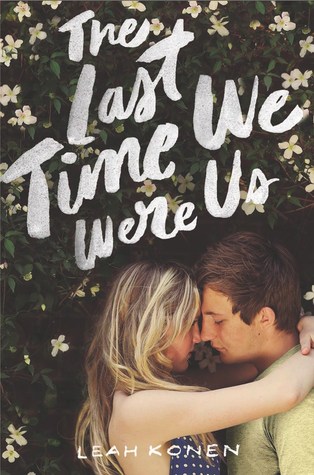 First, you’re best friends with the boy next door.  Then he ditches you for the popular crowd.  Then he gets arrested for fighting and permanently scarring Skip Taylor, and the Taylors are practically royalty in Bonneville.

And then, 18 months later, he’s released from juvie for good behavior.

Liz Grant is on her way to getting everything she wants: popularity and to catch the eye of the most popular boy in town, Innis Taylor.  Thanks to her best friend, MacKenzie, she’s about to have the best summer of her life and senior year is going to be epic.  The last thing Liz Grant expected was for her ex-best friend, Jason Sullivan, to be released early from juvie.

Associating with Jason could ruin everything she’s worked for over the last few months, but there was a time when he was her best friend.  Liz always found it hard to believe that Jason did what they said he did and now he’s reaching out to her, the only one who will listen.  She knows she can’t be seen with him – he hurt too many people she cares about – but she wants answers.

Is Liz brave enough to take the risk of losing her friends and family’s respect to find out the truth?

I had high hopes for this book and I can’t say that I was disappointed, but it wasn’t quite as good as I was expecting. I liked it, I did.  The plot is a little predictable, which is probably why I only ‘liked’ the book as opposed to ‘loved’ it.  If there had been a twist to what happened the night Jason was arrested, then the story would’ve had a real kick to it.

As far as the characters go I think they were mostly believable because of their flaws.  Liz kind of just went along with what her family and friends said was best for her and didn’t think much for what it was that she really wanted until push came to shove.  She showed some development throughout the book.  Liz’s mother and best friend were mostly jerks because if Liz’s choices didn’t benefit their social standing, they were against it.  They, along with Liz’s sister, didn’t care about what it was that Liz wanted and was going through.  And Innis, he turned out to just be a spoiled brat who went around thinking he was invincible and could get whatever he wanted.

For the most part the story was good.  As I had said earlier, if there were just a few more twists in the story that weren’t so predictable, then it would’ve been even better.

Trying to choose my next read and I’m torn between a few (naturally) 🤪
So... I’ve been AWOL on bookstagram for a bit. I’m kinda in a reading/general life rut and have only been able to watch Glee or read Glee fanfiction. I’m trying to pull myself out of it though. But I thought I’d let y’all know that I’m not dead 🙃💜
It’s been probably a week since I finished this book and I can’t stop thinking about it. It was just so good!💜
Currently reading City of Villains while obsessing over Descendants (again😂) 💜💙💚
I know I just started one book, but I might need to also start the sequel of this Clue Mystery trilogy, because In the Hall With the Knife was soooo good!! 😁
Pretty decent haul for March 👀😅