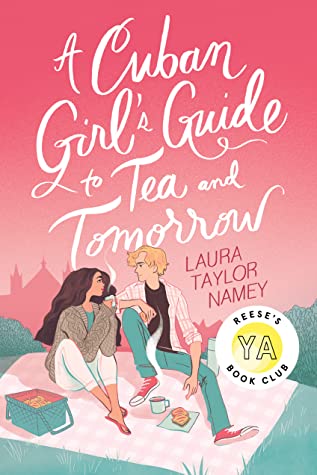 Lila Reyes had it all planned, until the trifecta of losses happened. First, her grandmother passed away, then her boyfriend broke up with her right before prom, and the last blow… her best friend told Lila she’s not staying in Miami and is going abroad. So, of course, Lila has a breakdown of sorts, and her family’s solution?

Send her to England for the summer.

Of course, Lila doesn’t want to be there. She doesn’t want to stay in her cousin’s lodge, she just wants to be back in Miami to prepare to take over as co-owner of her grandmother’s bakery. But then she meets Orion, and Orion might be the key to rediscovering herself, her dreams, and moving on from some of that hurt.

I was immediately drawn into the story and I loved Lila as a character, as well as her family. I definitely understand her initial thoughts of betrayal from how they sent her away, but I also understood where her family was coming from. Her relationship with her sister was adorable in the moments seen with them FaceTiming, which made me wish I had a sister like Pilar.

Orion and his friends in Winchester were all fantastic characters as well. Orion was like a ball of sunshine in the cloudy skies of England, and I just easily loved his character. His friends are great too, especially Jules, who seems to kick ass and take names wherever she goes. They were all exactly what Lila needed in her recovery trip, and she didn’t even know she needed them until she met them.

The story itself was just so heartwarming, though I did get teary eyed near the end when Lila opened up more about her grandmother, as it reminded me of when I lost my grandma a few years ago. Other than that, this is a heartfelt story about loss, love, and self-discovery with lots of good pastries mentioned that will have your mouth watering.

3 thoughts on “Review: A Cuban Girl’s Guide to Tea and Tomorrow”