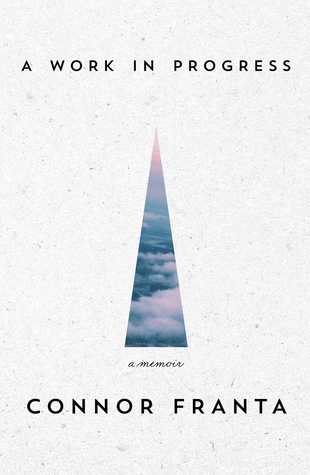 “I refuse to live a life of regret. I refuse to hope things will get better in the future when I have complete control over making them the best possible right here and now. We have one life – and none of us knows how long our life will be or what will become of it. The possibilities are infinite.”

Connor Franta has written more than just a memoir; it’s an open and honest conversation where he does all the talking and the reader does all the listening.

In the book’s 212 pages we learn more about Connor’s upbringing and schooling prior to his YouTube career.  Instead of writing long, exhausting chapters from each stage of his childhood, Connor shares moments in time that were important in shaping the person he came out to be.  He talks about his journey in finding his identity, his issues with body image and even delves into the fears and anxieties he has overcome and currently fighting.

The stories Connor has chosen to tell are not for the sake of telling them.  Though we learn more about what kind of person Connor was growing up, we also get to learn from the experiences he shares with his audience.  In his conversational tone, he is able to encourage and inspire readers throughout the length of the book in hopes of helping others get over their own fears and to live life in the now, rather than ‘when this point in my life is over.’

There is one chapter in particular I really enjoyed, which is titled, ‘The Fault in Our Scars.’  Connor begins this chapter by telling us of how he got the scar/bump on his forehead one night when he fell out of bed and hit his head on the dresser.  To the recent day he despises the scar, feeling as though people are constantly judging him for it, only to find that many of his fans either don’t notice it or think it’s cute.  From this chapter Connor explains how our scars, whether they are visible or not, make us unique.

What is most enjoyable about this book is that Connor’s writing style is real and you can feel his personality in each word.  It seems as though he was speaking the words instead of writing them, or as though this is just a written YouTube video.  Although he is generally having a one-sided conversation with the reader, he tends to have a few side conversations with himself as his thoughts are poured out on each page.  And alongside his words are pictures from his past and ones Connor has taken himself, which only add to the pleasure of reading this book.

If you’re looking for inspiration in any aspect of your life, I highly suggest reading A Work In Progress.