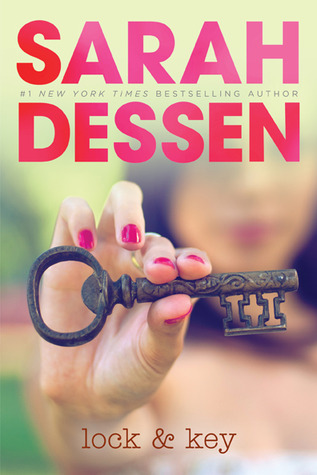 A few months before Ruby turns eighteen, her mother leaves, though Ruby doesn’t see this as an issue. Her mom often disappears, so it’s nothing out of the ordinary. Only this time, her mother doesn’t come back and Ruby is on her own. It’s not long before she’s busted for living alone and is sent to social services, who then Ruby to live with her sister- the sister that she hasn’t seen in a decade.

Now living with her older sister, and her sister’s husband, Ruby begins to learn on what she’s missed out on her entire life. However, a stable life is unsettling to her. She’s not used to it, so she fights to guard her heart from becoming close to Cora and Jamie; from Nate, the cute next door neighbor; and from anyone who might have the potential to become a friend. After all, Ruby won’t be staying there long. But as Ruby learns the truth about why she didn’t hear from her sister all those years, she finds herself slowly opening up to those around her… and that scares her.

What I really enjoyed about this book was it shows so much character development. Not just with Ruby, but with those around her as well. I personally love that the focus is more on that than the romance aspect between Ruby and Nate (which was obviously going to happen). It makes the characters more likable, despite any flaws they might have.

Out of all the characters my favorites had to be Jamie, Gervais, and Olivia. Jamie was just adorable with how he got excitable about things (like the pond) and how much he cared for Cora and Ruby, which is especially seen when he gets disappointed in Ruby at one point in the book. Then Gervais was just hilarious at times with his twelve year old ways, but also being ridiculously smart and blunt; and Olivia as well for her bluntness because she was honestly the kind of friend that Ruby needed in her life.

Overall, I really enjoyed this book and it’s my favorite now so far of Sarah Dessen’s books. Probably because of how much I enjoyed the characters and seeing them grow throughout the story. So if you haven’t read any of Dessen’s books yet, I highly suggest picking this one up first!